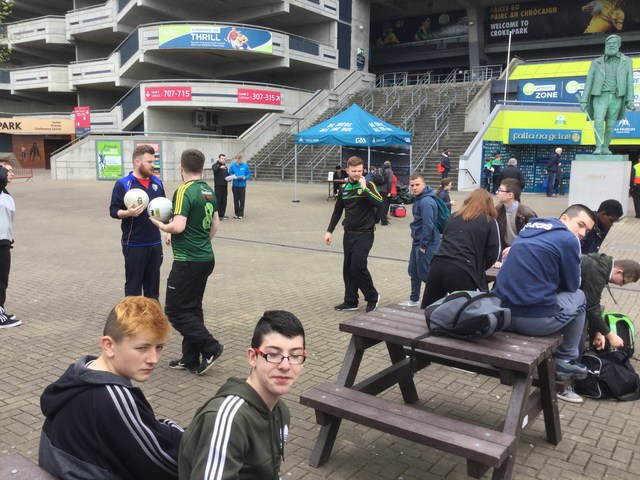 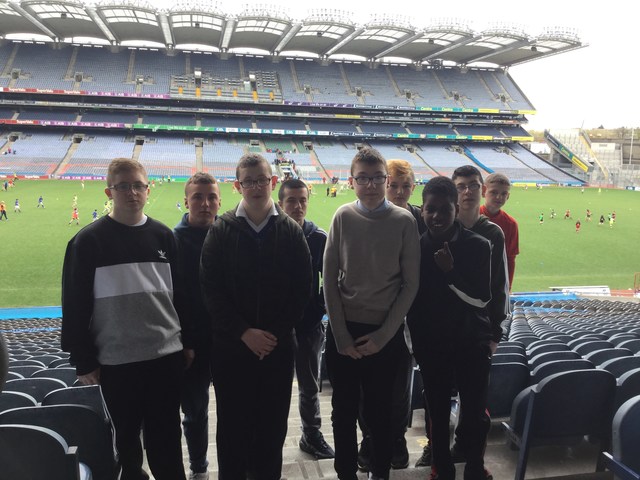 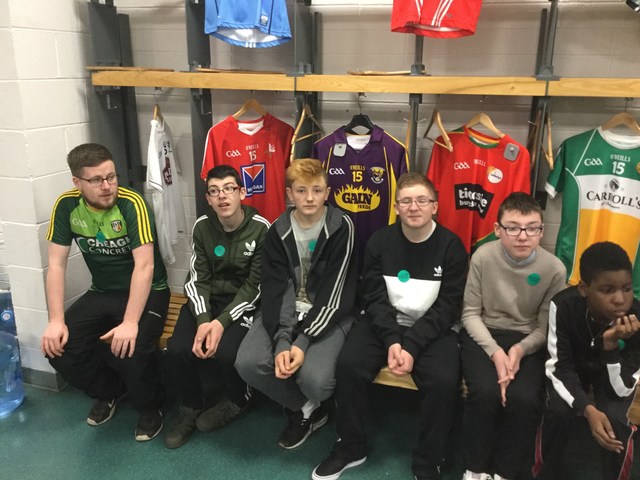 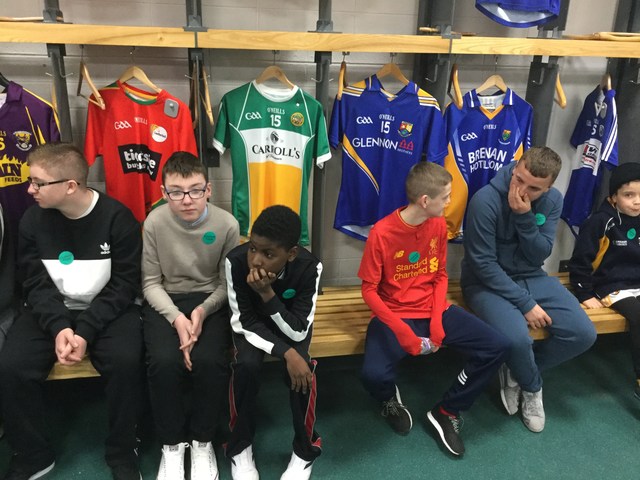 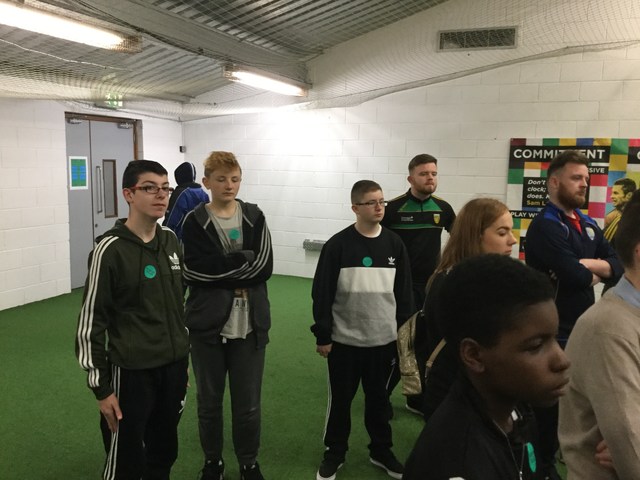 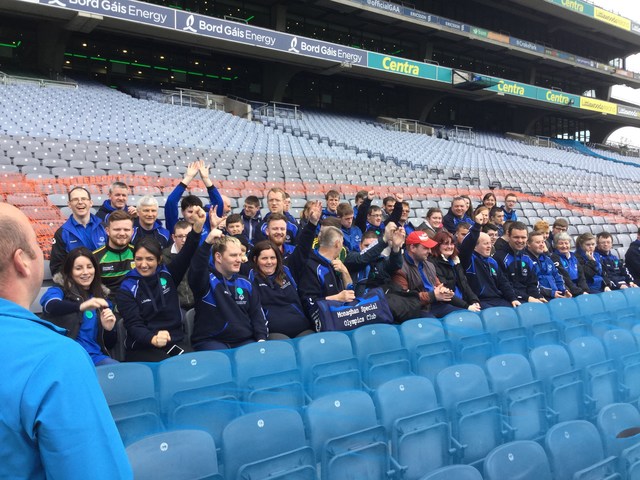 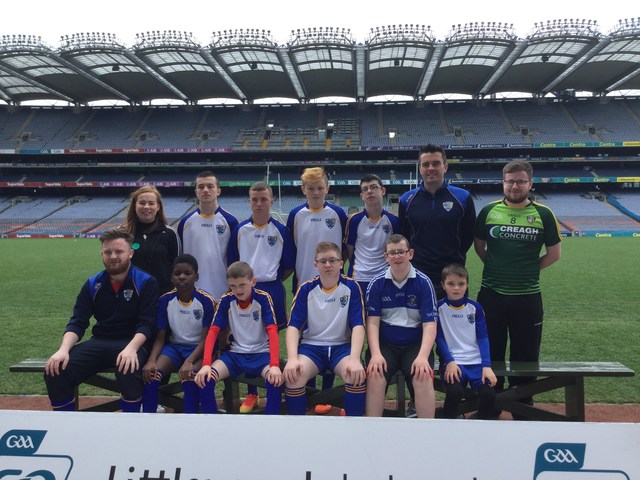 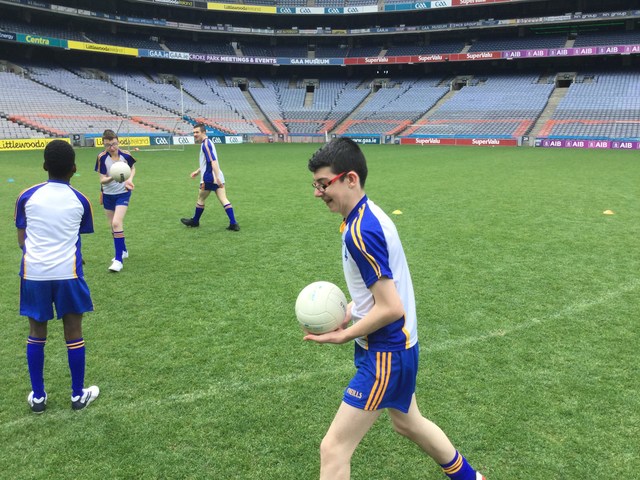 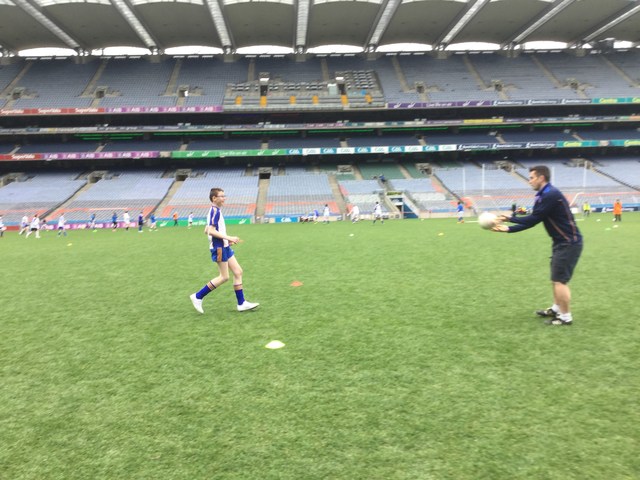 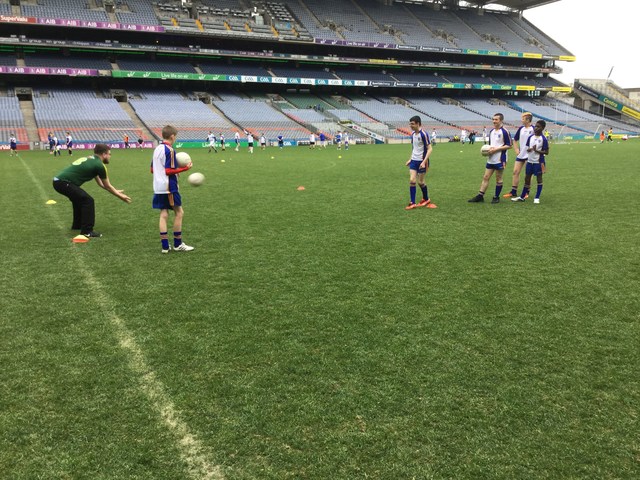 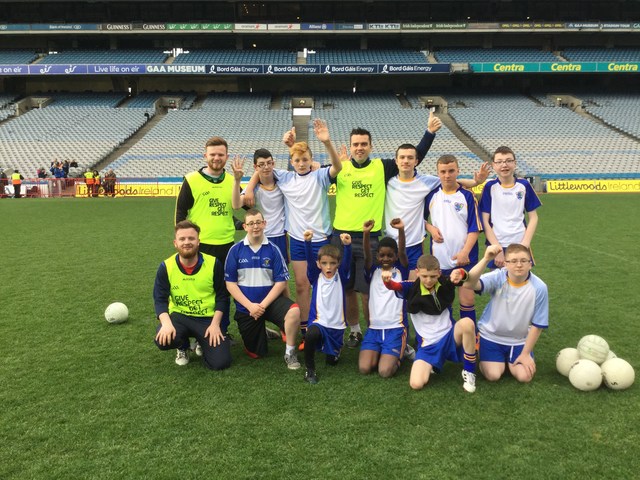 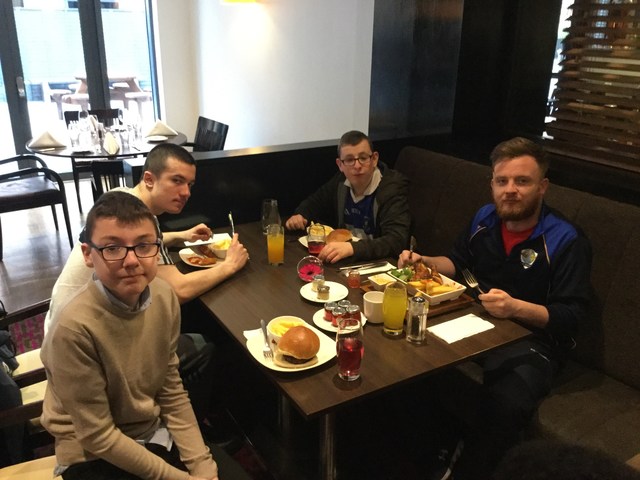 Friday 21st April we left St. Gerard's school, and after stopping in Apple green services we finally arrived at Croke Park, the home of Gaelic football. After lunch at the back of the Cusack Stand we had our stadium tour. We were in the changing rooms, the warm up area, the Hogan Stand and finally we watched a behind the scenes video of what happens on big match days. Everyone enjoyed the tour and could not wait to get on the pitch to train and play some matches.

There were other community groups there also and the atmosphere was great. After the official photographer got our team picture everyone ran onto the pitch with great excitement. The two Mr Kelly's set up the first drill, after we had all done our warm up. It was brilliant scoring goals and points under the Cusack stand. After training we picked teams and played matches. Everyone saw plenty of the ball and we all got on the score sheet.

We got changed in the big changing rooms and headed for the Croke Park Hotel. The food was amazing and everyone cleaned their plate as we were all hungry after all the energy we had burned off. Everyone got ice cream for dessert before we headed home.

Brenna had never seen or played Gaelic football before so it was extra special for her to have her first experience at Croke Park.

What a fantastic day that the students of St. Gerard's will never forget!